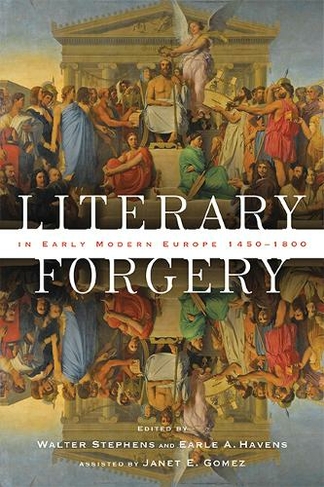 Forgery is an eternal problem. In literature and the writing of history, suspiciously attributed texts can be uniquely revealing when subjected to a nuanced critique. False and spurious writings impinge on social and political realities to a degree rarely confronted by the biographical criticism of yesteryear. They deserve a more critical reading of the sort far more often bestowed on canonical works of poetry and prose fiction. The first comprehensive treatment of literary and historiographical forgery to appear in a quarter of a century, Literary Forgery in Early Modern Europe, 1450-1800 goes well beyond questions of authorship, spotlighting the imaginative vitality of forgery and its sinister impact on genuine scholarship. This volume demonstrates that early modern forgery was a literary tradition in its own right, with distinctive connections to politics, Greek and Roman classics, religion, philosophy, and modern literature. The thirteen essays draw immediate inspiration from Johns Hopkins University's acquisition of the Bibliotheca Fictiva, the world's premier research collection dedicated exclusively to the subject of literary forgery, which consists of several thousand rare books and unique manuscript materials from the early modern period and beyond. The early modern explosion in forgery of all kinds-particularly in the kindred documentary fields of literary and archaeological falsification-was the most visible symptom of a dramatic shift in attitudes toward historical evidence and in the relation of texts to contemporary society. The authors capture the impact of this evolution within many fundamental cultural transformations, including the rise of print, changing tastes and fortunes of the literary marketplace, and the Protestant and Catholic Reformations. Contributors: Frederic Clark, James Coleman, Richard Cooper, Arthur Freeman, Anthony Grafton, A. Katie Harris, Earle A. Havens, Jack Lynch, Shana D. O'Connell, Ingrid Rowland, Walter Stephens, Elly Truitt, Kate Tunstall 10 Illustrations, black and white