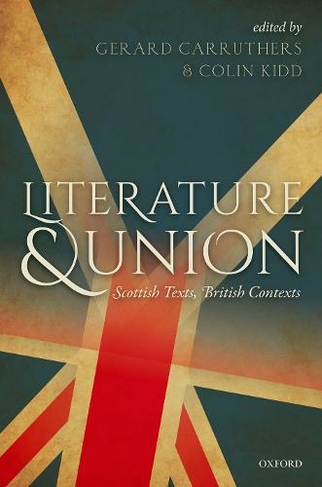 Also available on eBook for £31.43. Click here to purchase from Rakuten Kobo

Literature and Union opens up a new front in interdisciplinary literary studies. There has been a great deal of academic work-both in the Scottish context and more broadly-on the relationship between literature and nationhood, yet almost none on the relationship between literature and unions. This volume introduces the insights of the new British history into mainstream Scottish literary scholarship. The contributors, who are from all shades of the political spectrum, will interrogate from various angles the assumption of a binary opposition between organic Scottish values and those supposedly imposed by an overbearing imperial England. Viewing Scottish literature as a clash between Scottish and English identities loses sight of the internal Scottish political and religious divisions, which, far more than issues of nationhood and union, were the primary sources of conflict in Scottish culture for most of the period of Union, until at least the early twentieth century. The aim of the volume is to reconstruct the story of Scottish literature along lines which are more historically persuasive than those of the prevailing grand narratives in the field. The chapters fall into three groups: (1) those which highlight canonical moments in Scottish literary Unionism-John Bull, 'Rule, Britannia', Humphry Clinker, Ivanhoe and England, their England; (2) those which investigate key themes and problems, including the Unions of 1603 and 1707, Scottish Augustanism, the Burns Cult, Whig-Presbyterian and sentimental Jacobite literatures; and (3) comparative pieces on European and Anglo-Irish phenomena.

Gerard Carruthers is General Editor of the OUP Collected Works of Robert Burns, author of Scottish Literature, A Critical Guide (EUP, 2009) and Robert Burns (Northcote, 2004). He has edited a dozen essay-collections or critical editions and written many essays in literary studies. He is a Fellow of the Royal Society of Edinburgh. Colin Kidd is Wardlaw Professor at the University of St Andrews and a Fellow of all Souls College, Oxford. He is the author of several books on the history of ethnic and national identities, including Subverting Scotland's Past (CUP, 1993), British Identities before Nationalism (1999), The Forging of Races (CUP, 2006), and Union and Unionisms (CUP, 2008). He was elected a Fellow of the British Academy in 2010. His most recent book, The World of MrCasaubon (CUP, 2016) is a study of George Eliot's deluded mythographer and his Key to All Mythologies.