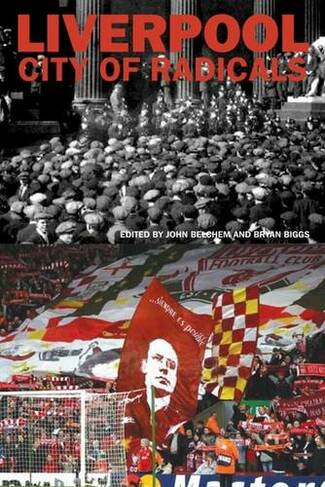 Uncontrollable, anarchic, separate and alienated from mainstream England, the Liverpool of popular imagination is a hotbed of radicalism and creativity. But is that reputation really justified? Starting in 1911, a year which saw a warship on the Mersey suppressing near revolution in the Liverpool Transport Strike, the remarkable exhibition of paintings by Picasso, Matisse, Cezanne and the European avant-garde alongside works by local artists at the Bluecoat, and the opening of The Liver Building, the first major building in the UK to use reinforced concrete in its construction and crowned by two liver birds that came to symbolise the city's resilience, this fascinating book looks at one hundred years of radicals and radicalism in Liverpool. Ranging widely across a century of politics, music, football, theatre, architecture and art, Liverpool: City of Radicals concludes with a look at the contemporary city and asks what role radicalism can play in the future of Liverpool.

John Belchem, Emeritus Professor of History at the University of Liverpool, is acknowledged as Liverpool's leading historian, whose many publications include editing the Liverpool 800 book, published on the city's 800th anniversary. He recently contributed to the Peterloo Massacre bicentenary programme. Bryan Biggs has worked at Bluecoat over four decades, overseeing many aspects of the arts centre's work, from gallery exhibitions to capital development. He has been involved in other cultural organisations on Merseyside including the boards of FACT and Liverpool Biennial. He recently oversaw Bluecoat's tercentenary year, 2017, and creation of a new website, My Bluecoat, featuring material from the arts centre's archive.