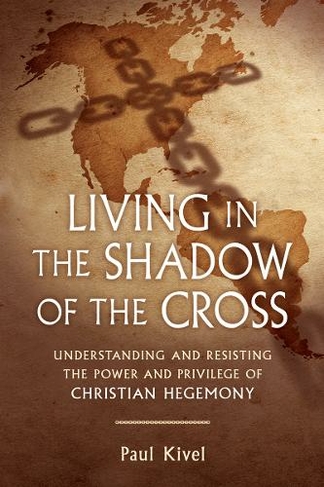 Living in the Shadow of the Cross: Understanding and Resisting the Power and Privilege of Christian Hegemony

Over the centuries, Christianity has accomplished much which is deserving of praise. Its institutions have fed the hungry, sheltered the homeless, and advocated for the poor. Christian faith has sustained people through crisis and inspired many to work for social justice. Yet although the word "Christian" connotes the epitome of goodness, the actual story is much more complex. Over the last two millennia, ruling elites have used Christian institutions and values to control those less privileged throughout the world. The doctrine of Christianity has been interpreted to justify the killing of millions, and its leaders have used their faith to sanction participation in colonialism, slavery, and genocide. In the Western world, Christian influence has inspired legislators to continue to limit women's reproductive rights and has kept lesbians and gays on the margins of society. As our triple crises of war, financial meltdown, and environmental destruction intensify, it is imperative that we dig beneath the surface of Christianity's benign reputation to examine its contribution to our social problems. Living in the Shadow of the Cross reveals the ongoing, everyday impact of Christian power and privilege on our beliefs, behaviors, and public policy, and emphasizes the potential for people to come together to resist domination and build and sustain communities of justice and peace. Paul Kivel is the award-winning author of Uprooting Racism and the director of the Christian Hegemony Project. He is a social justice activist and educator who has focused on the issues of violence prevention, oppression, and social justice for over forty-five years.

Paul Kivel is the award-winning author of several books including Uprooting Racism and Boys will be Men. He is a social justice activist and a nationally and internationally recognized educator who has focused on the issues of violence prevention, oppression, and social justice for over 45 years. Paul is the director of the Christian Hegemony Project and has conducted thousands of talks, trainings, and workshops on diversity, men's issues, the challenges of youth, and the impact of class and power on daily life.