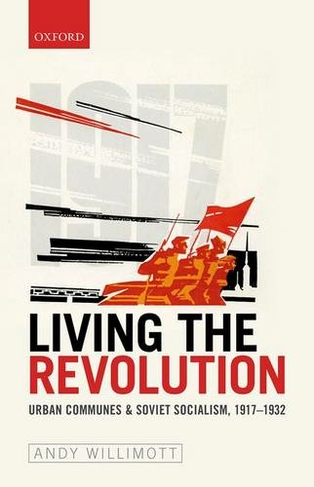 Living the Revolution offers a pioneering insight into the world of the early Soviet activist. At the heart of this book are a cast of fiery-eyed, bed-headed youths determined to be the change they wanted to see in the world. First banding together in the wake of the October Revolution, seizing hold of urban apartments, youthful enthusiasts tried to offer practical examples of socialist living. Calling themselves 'urban communes', they embraced total equality and shared everything from money to underwear. They actively sought to overturn the traditional family unit, reinvent domesticity, and promote a new collective vision of human interaction. A trend was set: a revolutionary meme that would, in the coming years, allow thousands of would-be revolutionaries and aspiring party members to experiment with the possibilities of socialism. The first definitive account of the urban communes, and the activists that formed them, this volume utilizes newly uncovered archival materials to chart the rise and fall of this revolutionary impulse. Laced with personal detail, it illuminates the thoughts and aspirations of individual activists as the idea of the urban commune grew from an experimental form of living, limited to a handful of participants in Petrograd and Moscow, into a cultural phenomenon that saw tens of thousands of youths form their own domestic units of socialist living by the end of the 1920s. Living the Revolution is a tale of revolutionary aspiration, appropriation, and participation at the ground level. Never officially sanctioned by the party, the urban communes challenge our traditional understanding of the early Soviet state, presenting Soviet ideology as something that could both frame and fire the imagination.

Andy Willimott is Lecturer in Modern Russian/Soviet History at the University of Reading. A graduate of the School of History at UEA, and a Leverhulme Early Career Fellow at the UCL School of Slavonic & East European Studies between 2012 and 2015, he currently lives in London and is a frequent visitor to Moscow and St. Petersburg.