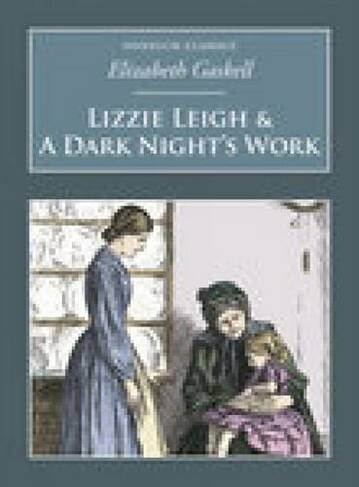 By Elizabeth Gaskell (Author)
Paperback
https://www.whsmith.co.uk/products/lizzie-leigh-and-a-dark-nights-work-nonsuch-classics-uk-ed/elizabeth-gaskell/paperback/9781845886202-01-000.html £6.57 rrp £6.99 Save £0.42 (6%)
GBP
Availability
Currently unavailable. We don't know when or if this item will be back in stock
Free Saver Delivery on orders over £20
Details
FREE SHIPPING over £20 for Saver Delivery
Share

Opening with the death of James Leigh on Christmas Morning, 'Lizzie Leigh' tells the story of his family, and in particular his estranged daughter, the eponymous Lizzie, who disappeared from their lives when she became pregnant out of wedlock. When he dies, they go to Manchester to look for her and her brother, Will, falls in love with the respectable Susan Palmer, but feels he cannot declare his love because of his sister's disgrace. Elizabeth Gaskell here deals with important issues that were often ignored during the Victorian era. In 'A Dark Night's Work,' Edward Wilkins, a rich attorney, wants only the best for his daughter, Ellinor, who is in love with Ralph Corbet, despite Ralph's father believing an attorney's daughter to be beneath him. In a moment of passion Edward kills his partner, Mr Dunster, who had been embezzling his money and thus threatening Ellinor's chances of marrying the man she loves. It is a classic tale of the timeless themes of love and guilt.