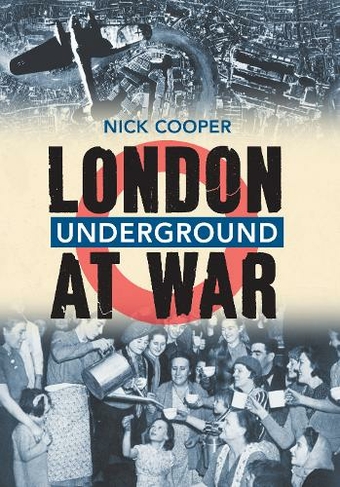 By Nick Cooper (Author)
Paperback
https://www.whsmith.co.uk/products/london-underground-at-war/nick-cooper/paperback/9781445622019-12-000.html £10.65 rrp £12.99 Save £2.34 (18%)
GBP
Availability
In Stock
Free Delivery Available When You Spend £15 Or More
Details
Spend £15 On Eligible Products To Recieve Free Standard Delivery To You Home Or Free Next Working Day Click And Collect To Store
Share

Alexander Korda's 1936 film The Shape of Things to Come predicted the nightmare of aerial bombing against London. Even as the storm clouds gathered, the government was woefully slow in protecting its civilian population. Some problems, such as the risk of a catastrophic flooding of the Underground network, were anticipated. But the enduring image of the Blitz is the spontaneous and community driven adoption of the Underground stations as a safe refuge from the raids. As Londoners settled into their new subterranean routine the government ordered the construction of purpose-built deep shelters and most of these still exist. In London Underground at War Nick Cooper examines the impact of the war on the running of the Tube and the plans to protect the system. He asks what life was like for those who sought safety underground and pays tribute to the many 'shelterers' who lost their lives in the raids. These cruel, wanton, indiscriminate bombings of London are, of course, a part of Hitler's invasion plans. He hopes, by killing large numbers of civilians, and women and children, that he will terrorize and cow the people of this mighty imperial city - Little does he know the spirit of the British nation, or the tough fibre of the Londoners. Winston Churchill, radio broadcast, Sept 1940 150 Illustrations, unspecified

Nick Cooper is an expert on the London Underground and has made a special study of how the Second World War impacted upon its operation, the role the Underground played in the lives of Londoners, and what survives from that era.