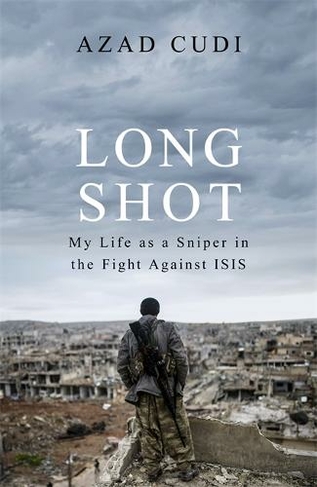 Long Shot: My Life As a Sniper in the Fight Against ISIS

'A book to marvel at, learn from, and return to again and again' John le Carre The incredible inside story of a Kurdish sniper in the battle against ISIS As Syria imploded in civil war in 2011, Kurdish volunteers in the north rose up to free their homeland from centuries of repression and create a progressive sanctuary of tolerance and democracy. To the medievalists of ISIS, this was an affront, so they amassed 10,000 men, heavy artillery, tanks, mortars and ranks of suicide bombers to crush the uprising. Against them stood 2,500 volunteer fighters armed with 40-year-old rifles. There was only one way for the Kurds to survive. They would have to kill the invaders one by one. A decade earlier, as a 19-year-old Iranian army conscript, Azad had been forced to fight his own people. Instead he deserted and sought asylum in Britain. Now, as he returned to his homeland to help build a new Kurdistan, he found he would have to pick up a gun once more. In September 2014, Azad became one of 17 snipers deployed when ISIS besieged the northern city of Kobani. In LONG SHOT, Azad tells the inside story of how a group of activists and intellectuals built their own army and team of snipers, and then fought off a ferocious assault in nine months of bitter and bloody street battles. By turns searing, stirring, inspiring and poetic, this is an unique account of modern war and of how, against all odds, a few thousand men and women achieved the impossible and kept their dream of freedom alive.

Azad Cudi is a British national from a Kurdish background. He grew up in eastern Kurdistan, where he was conscripted into the Iranian army and escaped to the UK aged just 19. He was granted asylum and citizenship, learnt English and began working as a journalist for the Kurdish diaspora media. In 2011, he was working for a television station in Stockholm when the Syrian civil war broke out and the Kurds established their autonomous enclave of Rojava. Azad's response was to fly out to Syria and work as a provincial administrator, but as the civil war expanded he became a fighter in the volunteer army, the YPG, part of the 68-country anti-ISIS coalition, deploying as a sniper in the victorious battle to save Kobani. He now lives in the UK.