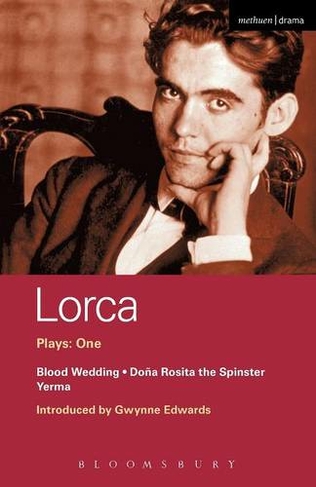 These three tragedies were written at the height if Lorca's powers and display his innovative mix of Spanish popular tradition and modern dramatic technique. Blood Wedding tells the story of a couple drawn irresistibly together in the face of an arranged marriage; Dona Rosita the Spinster follows the appalling fate of a young woman beguiled into the expectation of marriage and left stranded for a lifetime whilst Yerma is possibly Lorca's harshest play following a woman's Herculean struggle against the curse of infertility. Set in and around his home territory, Granada, the plays return again and again to the lives of passionate individuals, particularly women, trapped by the social conventions of narrow peasant communities. The plays appear here in new playable translations.

Federico Garcia Lorca was born in 1898, in Andalusia, Spain. A poet and dramatist, and also a gifted painter and pianist, his early popular ballads earned him the title of 'poet of the gypsies'. In 1930 he turned his attention to theatre, visiting remote villages and playing classic and new works for peasant audiences. In 1936, shortly after the outbreak of Civil War, he was murdered by Nationalist partisans. His body was never found. Gwynne Edwards is a specialist in Spanish theatre and cinema, until recently Professor of Spanish at the University of Aberystwyth. His books include: Lorca: The Theatre Beneath the Sand; Lorca: Living in the Theatre; Dramatists in Perspective: Spanish Theatre in the Twentieth Century; The Discreet Art of Luis Bunuel: and Almodovar: Labyrinths of Passion. He has also translated and adapted more than forty plays from Spanish, French and Italian, many of which have been staged at major theatres in Britain and the United States. He has published three collections of Lorca plays with Methuen Drama, together with student editions of Blood Wedding and The House of Bernarda Alba, and also collections of seventeenth-century Spanish and contemporary Spanish-American plays adapted from the correspondence and prose writings of Dylan Thomas.