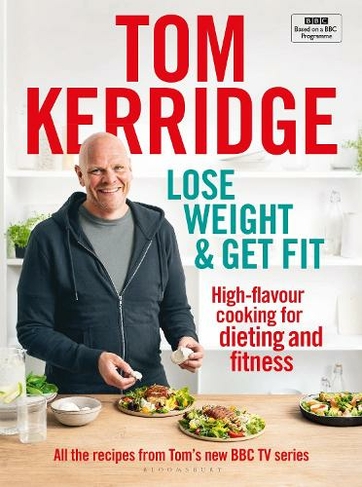 Lose Weight & Get Fit: All of the recipes from Tom's BBC cookery series

Also available on eBook for £13.31. Click here to purchase from Rakuten Kobo

Peri-peri chicken, cottage pie, fudgy chocolate brownies - this is diet food with a difference. Following on from the No.1 bestseller Lose Weight for Good, top chef Tom Kerridge shows you how to shed the pounds and kick-start a more active lifestyle with ALL of the maximum-taste, lower-calorie recipes from his upcoming BBC2 TV series. Expect MASSIVE FLAVOURS and NUTRITIONAL POWER-PUNCHES! Having lost more than 12 stone in the last five years, Tom knows from experience how important it is to motivate yourself to start dieting and exercising - and to stay on track. 'When I first set out to lose weight, I concentrated mainly on what I was eating,' he says. 'But now I know that it's to do with fitness as well: the two working together is the winning formula for getting maximum results and maintaining those results long term. And the number one rule when it comes to eating well on a diet is to keep food interesting! Every recipe in this book not only sustains you through the day, but provides fantastic tastes and textures with each mouthful.' With light bites and veggie feasts, meal-prep to see you through the week and tasty sweet treats, Tom has got it covered. The focus is on BOLD FLAVOURS and BIG PORTION SIZES, so you'll never go hungry and you'll always feel satisfied. Recipes include Quick black dhal; Steak tacos with burnt corn salsa; Charred mackerel and potato salad; Lamb bhuna; blueberry meringue sundaes and many more. At the back of the book, you'll find a fantastic bonus chapter with a cardio workout and strength exercises that you can do from home with minimal equipment. It's all about taking control of your life in a positive way, so get ready to EAT better, DO more and LOSE WEIGHT with Tom Kerridge! Colour photography throughout

Tom Kerridge worked as a chef in restaurants across Britain before deciding to set out on his own and take over a rundown pub in the quiet Buckinghamshire town of Marlow. He opened The Hand & Flowers with his wife Beth in 2005, and it went on to become the first (and only) pub in the world to acquire two Michelin stars. In 2014 he opened a second pub in Marlow, The Coach, which was followed by The Butcher's Tap. Most recently, he and his core team launched Kerridge's Bar & Grill, which is housed in Corinthia London. His previous books include the bestselling Proper Pub Food, Tom Kerridge's Best Ever Dishes, Tom's Table, Tom Kerridge's Dopamine Diet, Lose Weight for Good and Tom Kerridge's Fresh Start.