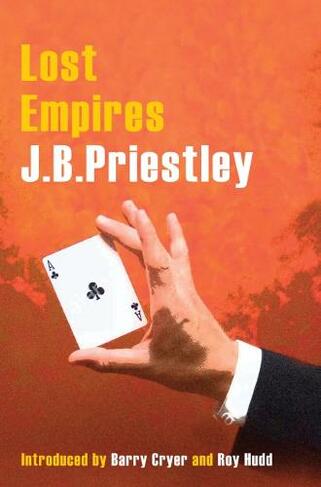 By J. B. Priestley (Author)
Paperback
£8.19 rrp £9.99 Save £1.80 (18%)
GBP
Availability
In Stock
Free Delivery Available When You Spend £15 Or More
Details
Spend £15 On Products To Receive Free Standard Delivery To Your Home Or Free Next Day Click and Collect To Stores
Share

In the months before the First World War, Richard Herncastle joins his Uncle's illusionist act on the Music Hall stage where he comes into contact with larger than life, garish and outrageous characters. Both funny and sad, Lost Empires tells of a young man's awakening to the world of love and sex, and is also a richly coloured portrait of a dying world of theatre and of lives and a society that the Great War would soon change irrevocably. Received with rave reviews when first published in 1965, this Priestley classic was later made into a major television series starring Colin Firth. Priestley delivers a captivating and authentic snapshot of a fascinating period in theatre history whilst creating a social drama with believable and absorbing characterisation.

John Boynton Priestley (1894-1984) was one of the great literary figures of the twentieth century. Pre-eminently adramatist, novelist and social commentator many of his works have become literary classics, among them The GoodCompanions, Angel Pavement, An Inspector Calls and Time and the Conways. His plays have been translated and performed all over the world and many have been filmed. During the Second World War his regular Sunday night Postscript radio talks attracted audiences of up to 15 million listeners. It was said that he was as popular and as important as Churchill in shoring up the nation's morale and in offering a vision of a better world to come.He was also a founder member of the Campaign for Nuclear Disarmament, a champion of public lending rights andrepresented the UK at two UNESCO conferences.In literary, social and political terms he was very much the last great man of English letters.