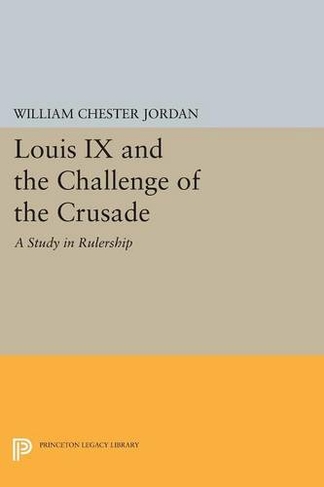 Louis IX and the Challenge of the Crusade: A Study in Rulership (Princeton Legacy Library)

Louis IX has long been known both as a saintly crusader and as the founder of effective royal administration in France. But, in spite of a vast amount of research, the details of what happened under his rule and why it happened have been little understood. Synthesizing this research from a thematic perspective, William Chester Jordan integrates the various facets of the king's reign from 1226 to 1270 to show how the monarch's reforms were inextricably connected with his crusades. Originally published in 1979. The Princeton Legacy Library uses the latest print-on-demand technology to again make available previously out-of-print books from the distinguished backlist of Princeton University Press. These editions preserve the original texts of these important books while presenting them in durable paperback and hardcover editions. The goal of the Princeton Legacy Library is to vastly increase access to the rich scholarly heritage found in the thousands of books published by Princeton University Press since its founding in 1905.