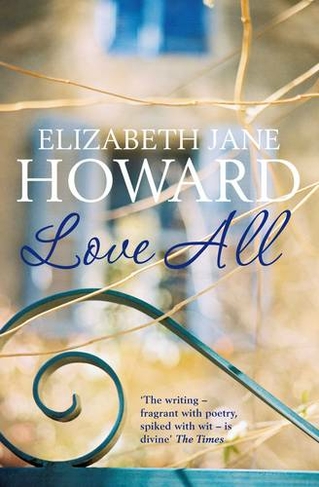 A beautiful, very moving, melancholic and elegiac novel set in the late 1960s in Melton, a small town in the West Country. The story revolves around a disparate group of people who come together there to establish an arts festival. There is Jack Curtis a self-made millionaire who has bought and refurbished the local stately home, Florence Plover, a garden designer in her sixties whom he has employed and her Anglo-Greek niece, Persephone. There are the Musgrove siblings, Thomas and Mary, whose family originally owned Melton Hall, who run a failing garden nursery nearby and there is Francis Brock, whose sister Celia, Thomas's wife, was tragically killed in a car crash some years previously. This is the story of their intertwining relationships and how they come to love, and not to love each other in different ways and why - a perfect book to curl up and read by the fireside on an autumn afternoon and as satisfying a read as Brief Encounter is a film.

Elizabeth Jane Howard is the author of thirteen highly acclaimed novels, most recently Falling in 1999. The Cazalet Chronicles - Casting Off, The Light Years, Marking Time and Confusion - have become established as modern classics and were adapted for a BBC television series in 2001. In 2002 Macmillan published her autobiography, Slipstream, and she was awarded a CBE in the Queen's Birthday Honours List.