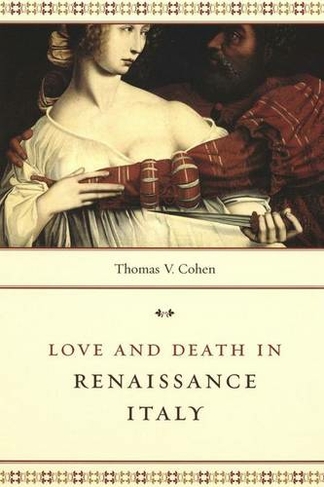 Love and Death in Renaissance Italy

Gratuitous sex. Graphic violence. Lies, revenge, and murder. Before there was digital cable or reality television, there was Renaissance Italy and the courts in which Italian magistrates meted out justice to the vicious and the villainous, the scabrous and the scandalous. "Love and Death in Renaissance Italy" retells six piquant episodes from the Italian court just after 1550, as the Renaissance gave way to an era of Catholic reformation. Each of the chapters in this history chronicles a domestic drama around which the lives of ordinary Romans are suddenly and violently altered. You might read the gruesome murder that opens the bookwhen an Italian noble takes revenge on his wife and her bastard lover as he catches them in "delicto flagrante"as straight from the pages of Boccaccio. But this tale, like the other stories Cohen recalls here, is "true," and its recounting in this scintillating work is based on assiduous research in court proceedings kept in the state archives in Rome. "Love and Death in Renaissance Italy" contains stories of a forbidden love for an orphan nun, of brothers who cruelly exact a will from their dying teenage sister, and of a malicious papal prosecutor who not only rapes a band of sisters, but turns their shambling father into a pimp! Cohen retells each cruel episode with a blend of sly wit and warm sympathy and then wraps his tales in ruminations on their lessons, both for the history of their own time and for historians writing today. What results is a book at once poignant and painfully human as well as deliciously entertaining." Illustrations, 1 map

Thomas V. Cohen is professor of history at York University. He is coauthor, with his wife Elizabeth Cohen, of "Words and Deeds in Renaissance Rome: Trials before the Papal Magistrate" and "Daily Life in Renaissance Italy."