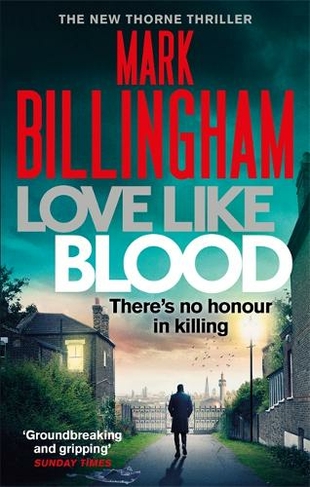 'Groundbreaking and gripping' Sunday Times A BLOODY MESSAGE As DI Nicola Tanner investigates what appears to be a series of organised killings, her partner Susan is brutally murdered, leaving the detective bereft, and vengeful. A POWERFUL ALLY Taken off the case, Tanner enlists the help of DI Tom Thorne to pursue a pair of ruthless killers and the broker handing out the deadly contracts. A CONSPIRACY OF SILENCE As the killers target their latest victim, Thorne takes the biggest risk of his career and is drawn into a horrifying and disturbing world in which families will do anything to protect their honour. From number one bestseller Mark Billingham comes a masterful, intense crime novel that pits DI Tom Thorne against an evil beyond comprehension, yet shockingly real. ________________ 'One of the great series of British crime fiction' The Times 'Billingham is a world-class writer' Karin Slaughter