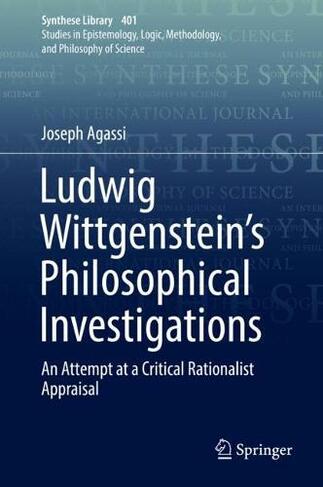 This book collects 13 papers that explore Wittgenstein's philosophy throughout the different stages of his career. The author writes from the viewpoint of critical rationalism. The tone of his analysis is friendly and appreciative yet critical. Of these papers, seven are on the background to the philosophy of Wittgenstein. Five papers examine different aspects of it: one on the philosophy of young Wittgenstein, one on his transitional period, and the final three on the philosophy of mature Wittgenstein, chiefly his Philosophical Investigations. The last of these papers, which serves as the concluding chapter, concerns the analytical school of philosophy that grew chiefly under its influence. Wittgenstein's posthumous Philosophical Investigations ignores formal languages while retaining the view of metaphysics as meaningless -- declaring that all languages are metaphysics-free. It was very popular in the middle of the twentieth century. Now it is passe. Wittgenstein had hoped to dissolve all philosophical disputes, yet he generated a new kind of dispute. His claim to have improved the philosophy of life is awkward just because he prevented philosophical discussion from the ability to achieve that: he cut the branch on which he was sitting. This, according to the author, is the most serious critique of Wittgenstein. 1 Illustrations, black and white; XXI, 295 p. 1 illus.