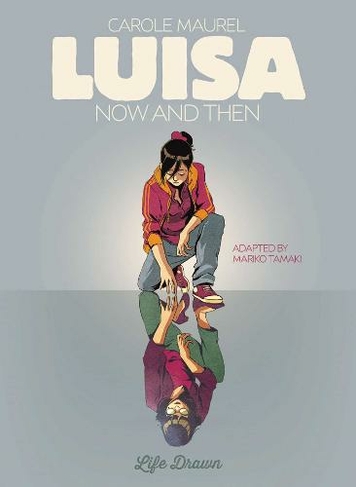 Luisa: Now And Then

A disillusioned 33-year-old Parisian food photographer has a chance encounter with her lost teenage self who has time-travelled 17 years into the future. Together, both women ultimately discover who they really are, finding the courage to live life by being true to themselves. 1 Illustrations, unspecified

Carole worked as a graphist and animator for TV programs, before she published her first graphic novel "Les Chroniques Mauves", a collective work about the lesbian community. She has since published several graphic novels, always a characteristic mix of feminine sensibilities and humor.Mark Tamaki is known for her bestselling graphic novels, Skim, Emiko Superstar and This One Summer. She is the winner of an Ignatz Award, a Joe Shuster Award and a Doug Wright Award. She was also nominated for the "Children's literature" category at the 2008 Governor General's Awards. This One Summer, illustrated by Jillian Tamaki, was nominated for a 2014 Ignatz Award, and won the 2015 Michael L. Printz Award and a Caldecott Honor from the American Library Association. In 2016 she won the German Rudolph-Dirks-Award in the category Youth Drama / Coming of Age (for This One Summer). Tamaki was also awarded an Honour of Distinction by the Dayne Ogilvie Prize, a literary award for lesbian, gay, bisexual or transgender writers in Canada. She has written for both DC and Marvel comics as lead writer on the Hulk and Supergirl: Being Super.