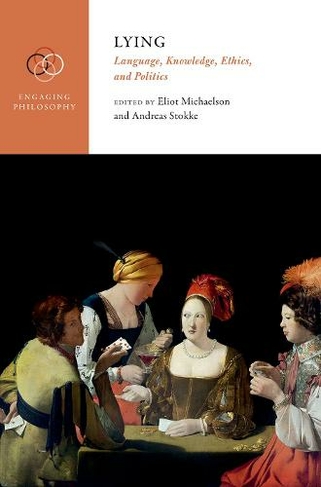 Also available on eBook for £46.79. Click here to purchase from Rakuten Kobo

Philosophers have been thinking about lying for several thousand years, yet this topic has only recently become a central area of academic interest for philosophers of language, epistemologists, ethicists, and political philosophers. Lying: Language, Knowledge, Ethics, Politics provides the first dedicated collection of philosophical essays on the emerging topic of lying. Adopting an inter-subdisciplinary approach, this volume breaks new methodological ground in exploring the ways that a better understanding of language can inform the study of knowledge, ethics, or politics - and vice-versa. How can we lie when it is unclear what exactly we believe, or when we have contradictory beliefs? Can corporations lie, and if so how? Is lying always wrong, or always at least prima facie wrong? What can one learn from a liar? Can we lie to mindless machines? These engaging questions and many more are explored at length in this accessible reference text.

Dr. Michaelson is a Lecturer at King's College London. He joined the Department of Philosophy in 2014 after holding the position of Mellon Postdoctoral Fellow at McGill University the previous academic year. Dr. Michaelson was a Ph.D. student at UCLA, and he holds a B.A. in philosophy from the University of Chicago and an A.A. from Deep Springs College. He works primarily in philosophy of language, also has a secondary interest in ethics, and is the creator of thePhilosophy Time video series.Dr. Stokke pursued his postgraduate studies at the University of St Andrews, where he received an MLitt degree in 2006 and a Ph.D. in 2010. After completing his doctoral studies, he was a Postdoctoral Research Fellow at the University of Oslo and at the University of Lisbon. In 2013, he took up a position as University Lecturer at Umea University. Dr. Stokke was awarded a Pro Futura Scientia Fellowship at the Swedish Collegium for Advanced Study in 2016 after being nominated by theDepartment of Philosophy at Uppsala University, where he is now also a senior lecturer. His research is mainly in the fields of philosophy of language and epistemology, but he has also worked on ethics and philosophy of action.