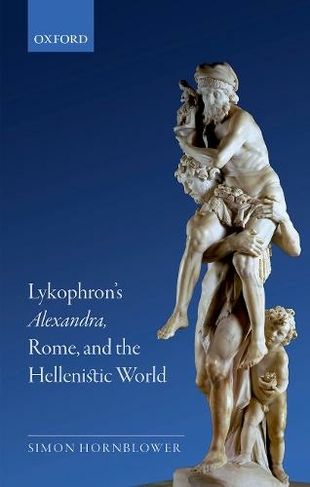 This volume takes as its subject one of the most important Greek poems of the Hellenistic period: the Alexandra attributed to Lykophron, probably written in about 190 BC. At 1474 lines and with a riddling narrative and a preponderance of unusual vocabulary it is a notoriously challenging prospect for scholars, but it also sheds crucial light on Greek religion (in particular the role of women) and on foundation myths and myths of colonial identity. Most of the poem purports to be a prophecy by the Trojan princess, Kassandra, who foretells the conflicts between Europe and Asia from the Trojan Wars to the establishment of Roman ascendancy over the Greek world in the poet's own time. The central section narrates in the future tense the dispersal of returning Greek heroes throughout the Mediterranean zone, and their founding of new cities. This section culminates in the Italian wanderings and foundational activity of the Trojan refugee Aineias, Kassandra's own kinsman. Following Simon Hornblower's detailed full-length commentary on the Alexandra (OUP 2015; paperback 2017), this monograph asserts the poem's importance as not only a strongly political work, but also as a historical document of interest to cultural and religious historians and students of myths of identity. Divided into two Parts, the first explores Lykophron's geopolitical world, paying special attention to south Italy (perhaps the bilingual poet's own area of origin), Sicily, and Rhodes; it suggests that the recent hostile presence of Hannibal in south Italy surfaces as a frequent yet indirectly expressed concern of the poem. The thematic second Part investigates the Alexandra's relation to the Sibylline Oracles and to other apocalyptic literature of the period, and argues for its cultural and religious topicality. The Conclusion puts the case for the 190s BC as a turning-point in Roman history and contends that Lykophron demonstrates a veiled awareness of this, especially of certain peculiar features of Roman colonizing policy in that decade. map showing the Mediterranean world of Lykophron

Simon Hornblower was most recently a Senior Research Fellow in Classical Studies at All Souls College, Oxford, until his retirement in 2016. Earlier in his career he was a Prize Fellow at All Souls College from 1971 until 1977 before becoming Tutorial Fellow in Ancient History at Oriel College and University CUF Lecturer. In 1997 he was appointed Professor of Classics and Professor of Ancient History at UCL, where he remained until 2010 (from 2006 as Grote Professorof Ancient History). He has been a Fellow of the British Academy since 2004.