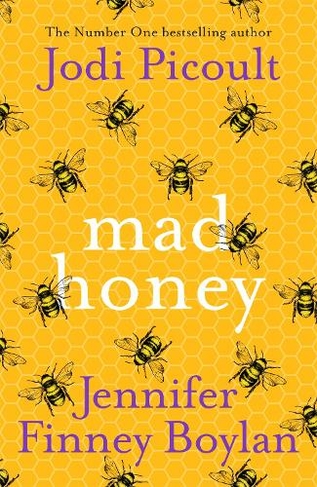 #1 New York Times bestseller Jodi Picoult brings yet another engaging and riveting read that will stay with you long after you have finished reading!

Olivia has lived alone with her son since fleeing her abusive relationship when Asher was just six years old. Now in his last year of school, with everything going for him - he's a kind, good-looking, icy hockey star with a beautiful new girlfriend - Lily, who Olivia absolutely adores.

Just as life seems perfect, Lily is found at the bottom of the stairs with a horrific head injury Asher is arrested on suspicion of her murder but could this popular super-star boy be responsible? What was the truth of their relationship and is this history repeating itself?

Mad Honey is an absolute must-read for 2022!

Jodi Picoult is the author of 25 novels, with 40 million copies sold worldwide. Her last twelve books have debuted at #1 on the New York Times bestseller list, including her most recent, THE BOOK OF TWO WAYS. Five novels have been made into movies and BETWEEN THE LINES (co-written with daughter Samantha van Leer) has been adapted as a musical. She is the recipient of multiple awards, including the New England Bookseller Award for Fiction, the Alex Award from the YA Library Services Association, and the NH Literary Award for Outstanding Literary Merit. She is also the co-librettist for the musical BREATHE, and the upcoming musical THE BOOK THIEF. She lives in New Hampshire with her husband. Jennifer Finney Boylan is the author of numerous works of fiction and non fiction, including the seminal She's Not There: A Life in Two Genders (2003), which was the first bestselling work by a transgender American. She is a trans activist and a professor at Barnard College, and has appeared on reality TV shows and various US media in support of her friend Caitlyn Jenner. Her most recent book is the memoir Good Boy: A Life in 7 Dogs, published April 20 by Celadon/Macmillan US.