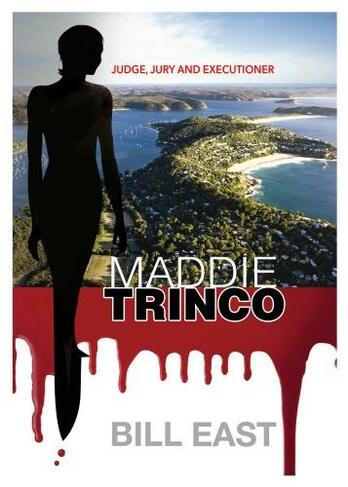 `Maddie Trinco' is the sequel to the Arbutus. Maddie is released from jail where she has been serving time for murder. She pursues her ideas of using her macabre capabilities to fight injustice. Not as confronting as `The Arbutus', `Maddie Trinco' is a melange of four stories; the vigilante mentality of Maddie and her new partner, the property developer Caspar Hopfner; a group of friends considering hiring a hitman to pre-empt a murder that they know will be committed by one of their number, currently away in France; a garrulous ex IRA informer; and the absentee himself who is about to return to Australia. The story examines the morality of justice and revenge, the concept of death as a result of shame and degradation and the positive influence of being `in love' on ambitions fuelled by burning hatred.

Bill East is an Australian author.Born in England, he has spent the majority of his life in Sydney, Australia.Bill is married with two married sons and four grandchildren.Apart from writing, his main interests are in kayaking and Japanese traditional music.