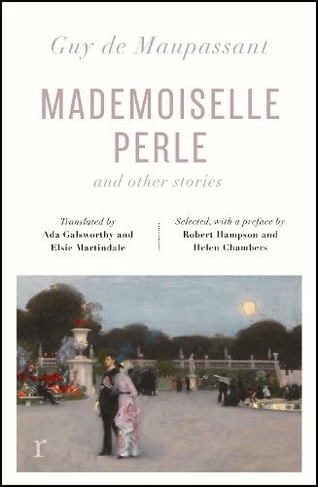 Mademoiselle Perle and Other Stories (riverrun editions): a new selection of the sharp, sensitive and much-revered stories

A priest receives an unexpected visitor from his past. A triumphant celebration ends in murder. A doctor tells of an unrequited love that only ended with death. Maupassant's direct treatment of sex and sexuality, and his insistence that the artist's primary duty was faithfulness to his own perceptions, made his work a challenge to many of his nineteenth-century English readers, but in Henry James's view, his vision was, 'altogether of this life'. His stories may have mystified contemporary moralists, but he was championed by writers who admired his resistance to self-censorship and applauded the economy of his style. In this new selection of his best stories, the sensitive and faithful translations of Ada Galsworthy and Elsie Martindale Hueffer show why writers like Conrad (whose preface is included) and Ford Madox Ford revered Maupassant's work.

Guy de Maupassant (1850-1893) was a French writer and master of the short story form. He was born in Normandy, but later moved to Rouen where he was mentored by the novelist Flaubert. After serving in the Franco-Prussian war in 1870, he returned to writing as a sanctuary, becoming a fledgling member of the Naturalist group pioneered by Emile Zola.