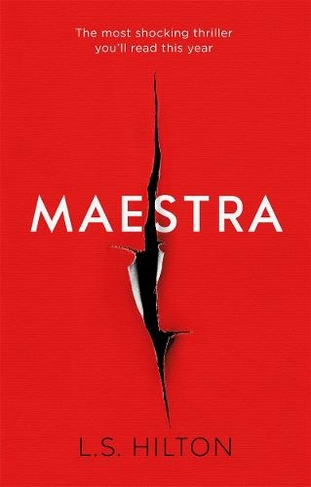 READ THE CONTROVERSIAL THRILLER THAT SHOCKED THE WORLD THE NUMBER ONE BESTSELLER GLAMOUR'S WRITER OF THE YEAR By day Judith Rashleigh is a put-upon assistant at a London auction house. By night she's a hostess in one of the capital's unsavoury bars. Desperate to make something of herself, Judith knows she has to play the game. She's learned to dress, speak and act in the interests of men. She's learned to be a good girl. But after uncovering a dark secret at the heart of the art world, Judith is fired and her dreams of a better life are torn apart. So she turns to a long-neglected friend. A friend that kept her chin up and back straight through every past slight. A friend that a good girl like her shouldn't have: Rage. Fatal attraction meets The Talented Mr Ripley in this darkly decadent thriller, soon to be a major Hollywood film, that asks: Where do you go when you've gone too far?

L.S. Hilton is a writer and journalist who presently lives in London.