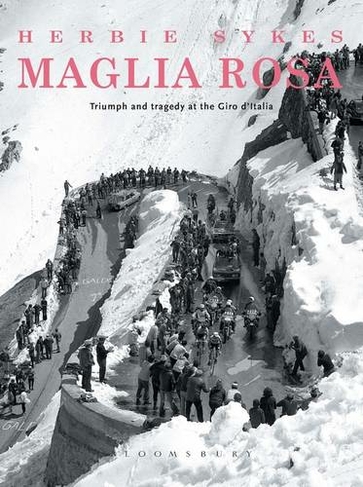 Maglia Rosa: Triumph and Tragedy at the Giro d'Italia, is the definitive history of the Giro d'Italia, written by Turin resident and regular Rouleur contributor Herbie Sykes. Sykes takes the reader on an inspiring, magical journey. In so doing he evokes 100 years of the race for the maglia rosa, the mythical pink jersey of the race leader. In addition the book contains many stunning photographs as a century of Italy's great sporting festival is captured on film. Uncovers the myths and legends of Italy's very own grand tour, first run off in 1909 and celebrated in a book that captures many of the stories that have never been told in English. This second edition includes many updates from Sykes, new photographs and a new introduction. Illuminating photographs throughout

Herbie Sykes is a cycling historian and the author of Coppi: Inside the Legend of the Campionissimo, on the great cyclist Fausto Coppi, also published by Rouleur Books, and another book on the Giro d'Italia The Eagle of the Canavese, described by Cycling Weekly as 'A gem of a book'. Sykes lives in Turin and is a regular contributor to both Rouleur and Procycling magazines.