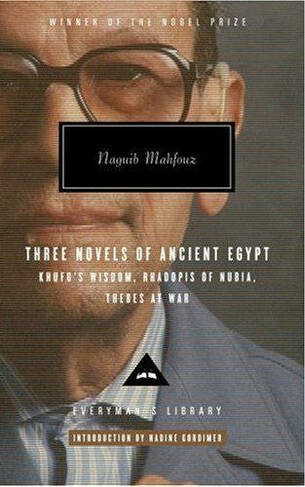 The books' titles are taken from actual streets in Cairo, the city of Mahfouz's childhood and youth. The trilogy follows the life of the Cairene patriarch al-Sayyid Ahmad Abd al-Jawad and his family across three generations, from World War I to the overthrow of King Farouk in 1952.

Naguib Mahfouz was born in Cairo in 1911 and began writing when he was seventeen. A student of philosophy and an avid reader, his works range from reimaginings of ancient myths to subtle commentaries on contemporary Egyptian politics and culture. Over a career that lasted more than five decades, he wrote 33 novels, 13 short story anthologies, numerous plays, and 30 screenplays. Of his many works, most famous is The Cairo Trilogy, consisting of Palace Walk (1956), Palace of Desire (1957), and Sugar Street (1957), which focuses on a Cairo family through three generations, from 1917 until 1952. In 1988, he was awarded the Nobel Prize in Literature, the first writer in Arabic to do so. He died in August 2006.