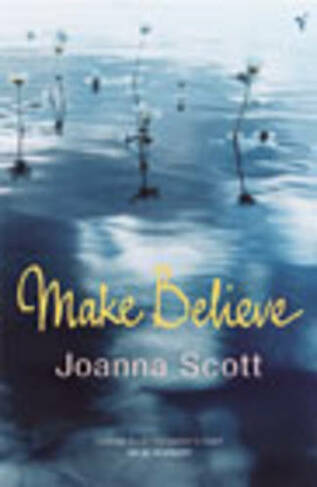 Because her black boyfriend Kamon Gilbert was killed in a city street before the birth of their child, Jenny Templin moved out of the city. Because she lived so far away, she bought a car, and because she had a car she took a job. Because she had a job she gave her boy to his black grandparents to care for most of the time. Because she worked so hard she liked to relax with a few drinks after work before she picked up the boy. And because she'd had too many drinks one night and because she was dead tired, her car spun on the road and rolled, leaving the boy orphaned at the age of three, with two sets of grandparents, one white and one black, each determined to raise the boy their own way.

JOANNA SCOTT is the author of several novels, including Tourmaline a finalist for the Los Angeles Times Book Award; The Manikin, a Pulitzer Prize finalist; Arrogance, based on the life of Egon Schiele; and, most recently, Follow Me. She has also written the short story collections, Everybody Loves Somebody and Various Antidotes, which was a finalist for the 1995 PEN/Faulkner Award. She lives in Rochester, New York with her husband and two daughters.