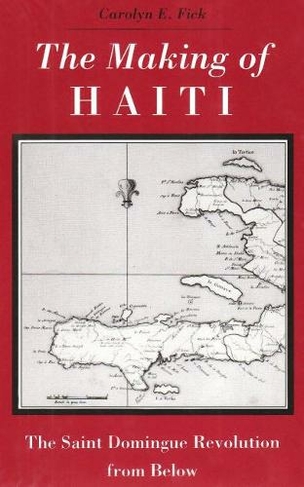 In 1789 the French colony of Saint Domingue was the wealthiest and most flourishing of the Caribbean slave colonies, its economy based on the forced labor of more than half a million black slaves raided from their African homelands. The revolt of this underclass in 1791-the only successful slave rebellion in history-gained the slaves their freedom and set in motion the colony's struggle for independence as the black republic of Haiti. In this pioneering study, Carolyn E. Fick argues that the repressed and uneducated slaves were the principal architects both of their own freedom and of the successful movement toward national independence. Fick identifies "marronage," the act of being a fugitive slave, as a basic unit of slave resistance from which the revolution grew and shows how autonomous forms of popular slave participation were as important to the success of the rebellion as the leadership of men like Toussaint Louverture, Henri Christophe, and Dessalines. Using contemporary manuscripts and previously untapped archival sources, the author depicts the slaves, their aspirations, and their popular leaders and explains how they organized their rebellion. Fick places the Saint Domingue rebellion in relation to the larger revolutionary movements of the era, provides background on class and caste prior to the revolution, the workings of the plantation system, the rigors of slave life, and the profound influence of voodoo. By examining the rebellion and the conditions that led to it from the perspective of the slaves it liberated, she revises the history of Haiti.

Carolyn Fick is currently a Canada Research Fellow at Concordia University in Montreal.