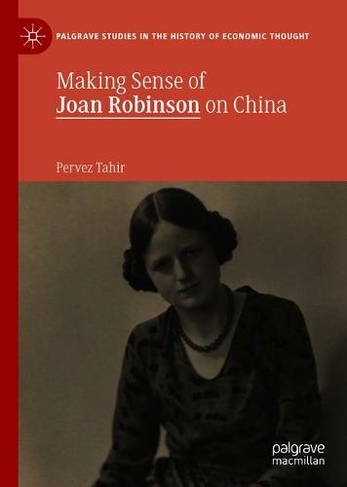 Joan Robinson was a member of the famous Keynes Circus of young economists at Cambridge in the 1930's. She was a theorist par excellence, making outstanding contributions to the understanding of competition, aggregate demand and capital. At the same time, she developed an interest in underdeveloped economies and alternatives to capitalism that eventually produced a long list of writings on China between the 1950's to the 1970's. These writings were neither theoretical nor empirical, but a series of opinion pieces and reports. Yet it is these writings that arguably cost Joan Robinson the Nobel Memorial Prize in economics. This short book reviews those writings and comments on what has happened since with regard to China's development, Joan Robinson's interpretation and predictions, and how her 1950's lectures in China match up to China's policies since Mao. This book will be of interest to students and scholars interested in how the history of economic thought can inform and progress development economics. 1 Illustrations, black and white; XIII, 197 p. 1 illus.

Dr Pervez Tahir completed his PhD in Economics from the University of Cambridge in 1990 and held the Joan Robinson Memorial Lectureship in the same year. Currently Chairman of the Bank of Punjab, Pakistan, he has had a long career in the Government of Pakistan, starting in 1974 as the Deputy Economic Adviser of Ministry of Finance and rising to be the Chief Economist of the Planning Commission in 2000. He retired as Managing Director of the National Energy Conservation Centre. In 2007-08, he served as Mahbub ul Haq Chair at Government College University, where he received his Master and worked as a lecturer in 1971-72. The Forman Christian College University, Lahore, appointed him Professor/Head of Department of Economics in 2009. Before joining Government, he was the Economic Correspondent of the Pakistan Times and Editor of the weekly, Punjab Punch. Presently, he writes for the Express Tribune.