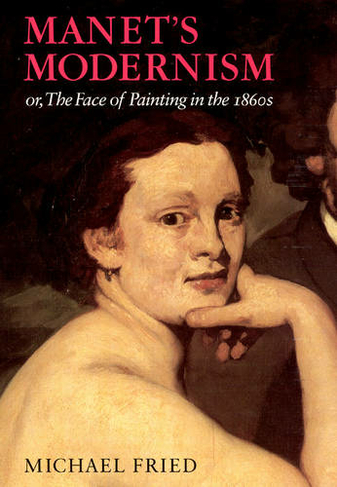 Manet's Modernism or the Face of Painting in the 1860s 2nd ed.

"Manet's Modernism", or, "The Face of Painting in the 1860s" is the culminating work in a trilogy of books by Michael Fried exploring the roots and genesis of pictorial modernism. Building on his earlier studies of the central anti-theatrical tradition within Enlightenment and post-Enlightenment French painting, Fried argues that existing accounts of Edouard Manet as the first modernist painter are based on a simplistic reading of the situation Manet inherited and, partly as a result, fail to grasp the specificity, complexity, and ambition of his great canvases of the 1860s. By placing Manet squarely within his generation (along with Henri Fantin-Latour, Alphonse Legros, and James McNeill Whistler), as well as in the context of the critical debates of his time, Fried aims to transform our sense of Manet's artistic project. Instead of emphasizing Manet's orientation to "flatness" and visuality, Fried focuses on aspects such as: his repeated allusions to Old Masters sources, his efforts to annul the absorptive basis of the modern French tradition, and above all his pursuit of facingness and strikingness as a means of reconstructing the relationship between painting and beholder. The book should help the understanding not only of the art of Manet and his generation, but also of the way in which the Impressionist simplification of Manet's achievement has determined subsequent interpretations of his modernism. 16 colour plates, 201 halftones