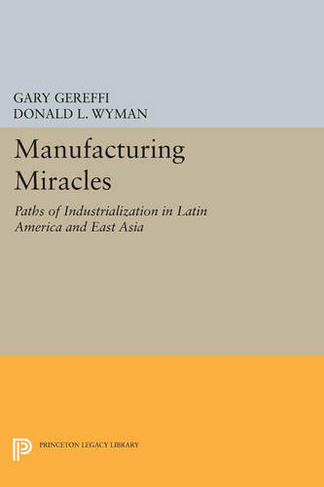 Few observers of Mexico and Brazil in the 1930s, or South Korea and Taiwan in the mid-1950s, would have predicted that these nations would become economic "miracles" several decades later. These newly industrializing countries (NICs) challenge much of our conventional wisdom about economic development and raise important questions about international competitiveness and export success in manufacturing industries. In this volume economists, sociologists, and political scientists seek to explain the growth of the NICs in Latin America and East Asia and to reformulate contemporary development theory through an in-depth analysis of these two dynamic regions. Gary Gereffi and Colin I. Bradford, Jr., provide an overview of national development trajectories in Latin America and East Asia, while Barbara Stallings, Gereffi, Robert R. Kaufman, Tun-jen Cheng, and Frederic C. Deyo discuss the role of foreign capital, governments, and domestic coalitions in shaping development outcomes. Gustav Ranis, Robert Wade, Chi Schive, and Ren Villarreal look at the impact of economic policies on industrial performance, and Fernando Fajnzylber, Ronald Dore, and Christopher Ellison with Gereffi examine new agendas for comparative development research. Originally published in 1990. The Princeton Legacy Library uses the latest print-on-demand technology to again make available previously out-of-print books from the distinguished backlist of Princeton University Press. These editions preserve the original texts of these important books while presenting them in durable paperback and hardcover editions. The goal of the Princeton Legacy Library is to vastly increase access to the rich scholarly heritage found in the thousands of books published by Princeton University Press since its founding in 1905.