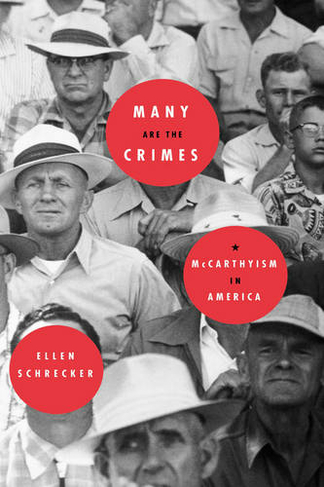 Many are the Crimes: Maccarthy

The McCarthy Era was a bad time for freedom in America. Encompassing far more than the brief career of Senator Joseph McCarthy, it was the most widespread episode of political repression in the history of the United States. In the name of national security, most Americans - liberal and conservative alike - supported the anticommunist crusade that ruined so many careers, marriages, even lives. However, despite the unfairness of their methods, the nation's most powerful anti-Communists in the FBI, the House Un-American Activities Committee, and elsewhere were generally accurate in their accusations. Most of the men and women who were charged in the McCarthy-era purges had been involved with the American Communist party. Now, in Many Are the Crimes, Ellen Schrecker gives us the first complete post-Cold War account of McCarthyism. Drawing on newly released FBI files, private papers, and interviews, Schrecker explains why McCarthyism happened and how it worked. She also assesses its long-term impact. From the dumbing-down of Hollywood and the decline of the labor movement to the war in Vietnam and the post-Watergate sleaziness of contemporary politics, McCarthyism has cast a heavy shadow over America's political and cultural life.