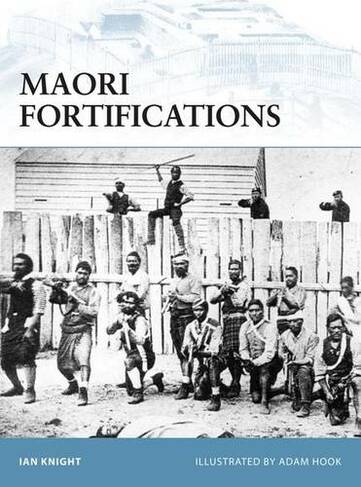 The Maori people of New Zealand were experienced field engineers and it was common practice to protect villages with surrounding entrenchments and wooden palisades, known as pas. However, it was not until 1845, with the first fighting between the Maori and the British, that it became clear just how strong and sophisticated the Maori fortifications were. For the best part of 20 years, the Maori held off the dominant and technologically superior British forces, by adapting and developing their defences in response to new British assaults. This book explores the evolution and design of Maori fortifications, and charts the course of a conflict that would ultimately see the British break the Maori pas, leading to a bitter guerrilla bush war. Illustrations (some col.)

Ian Knight is a leading international expert on the Anglo-Zulu War. He has written, co-written or edited over 30 books, including several in the Osprey Men-at-Arms, Elite, Warrior and Campaign series. He studied Afro-Caribbean Studies at Kent University, and is an Honorary Research Associate of the Natal Museum and Vice President of the Anglo Zulu War Historical Society. He has also contributed to a number of television documentaries on the war. In 2000 he was the historian advising the Glasgow University team who made the first archaeological survey of the Isandlwana battlefield.