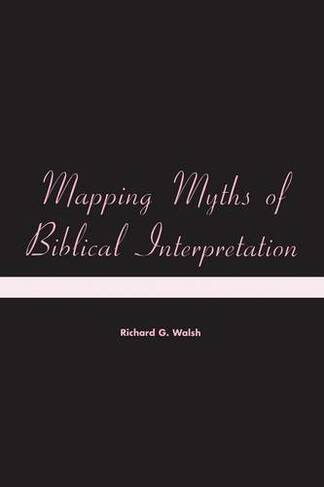 Walsh explores the role that myth has played in the interpretation of the Bible. He sees myth as an empowering, structuring story used either for good or ill and either consciously or unconsciously controlling our world views. Walsh looks for both the empowerment and the marginalization effected by myth as he follows the word through its myriad meanings ('Grasping Proteus'), its use in various disciplines ('Procrustean Mythographers'), its distinctive uses in biblical interpretation ('Mything the Bible'), and, finally, the mythic character of interpretation itself ('The Myth of Interpretation'). The concluding chapter, 'Behind the Mythic Curve', muses on the difficulty of knowing the myths by which we live and reflects hopefully on the possibility of play among the myriad myths in a postmodern, pluralist world.

Richard Walsh is Professor of Religion at Methodist College in Fayettevile, North Carolina, and is the author of Reading the Gospels in the Dark and co-editor with Aichele of Screening Scripture.