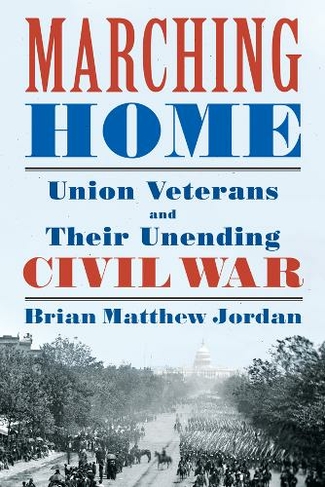 For well over a century, traditional Civil War histories have concluded in 1865, with a bitterly won peace and Union soldiers returning triumphantly home. In a landmark work that challenges sterilized portraits accepted for generations, Civil War historian Brian Matthew Jordan creates an entirely new narrative. These veterans- tending rotting wounds, battling alcoholism, campaigning for paltry pensions- tragically realized that they stood as unwelcome reminders to a new America eager to heal, forget, and embrace the freewheeling bounty of the Gilded Age. Mining previously untapped archives, Jordan uncovers anguished letters and diaries, essays by amputees, and gruesome medical reports, all deeply revealing of the American psyche. In the model of twenty-first-century histories like Drew Gilpin Faust's This Republic of Suffering or Maya Jasanoff 's Liberty's Exiles that illuminate the plight of the common man, Marching Home makes almost unbearably personal the rage and regret of Union veterans. Their untold stories are critically relevant today. 8 pages of illustrations

Brian Matthew Jordan is an assistant professor of history at Sam Houston State University, where he teaches courses on the Civil War and Reconstruction, and is the winner of Yale University's John Addison Porter Prize.