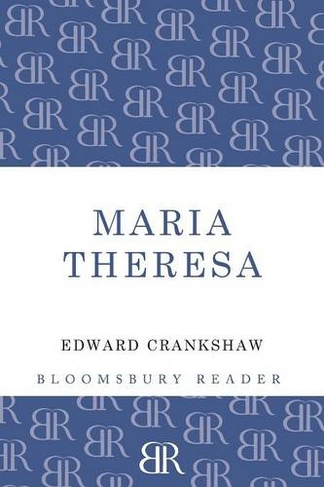 When Edward Crankshaw's Maria Theresa was published in 1969, it was the first full length study of Maria Theresa to be written in English for sixty years. Called to the throne in 1740, at the age of twenty-three, Maria Theresa was wholly unprepared for the events that were to confront her, and trusting in the honour of her fellow monarchs, the young queen found herself with a virtually nonexistent army at the head of a bankrupt and disaffected empire - an empire shortly to be set upon by half Europe intent on shattering the Habsburg power for ever. Married to an amiable but ineffectual husband whom she adored, surrounded by shortsighted advisers senile to the point of decrepitude, her only weapons were her charm, her unbreakable will, and her almost reckless courage. With these, and by her own immense exertions, she first held her powerful enemies at bay; then, choosing new advisers with astonishing skill, and discovering in herself a fund of commonsense amounting almost to genius, she instituted wide-reaching reforms which were to unify the Empire's bewildering mixture of lands and peoples, and bring it to the threshold of the revolutionary age. With all this she remained a wife and a mother - most touchingly so in her vast correspondence with her many children.

Edward Crankshaw (1909 - 1984) was a British writer, translator and commentator on Soviet affairs. Born in London, Crankshaw was educated in the Nonconformist public school, Bishop's Stortford College in Hertfordshire. He started working as a journalist for a few months at The Times. In the 1930s he lived in Vienna, Austria, teaching English and learning German (his competent grasp of German caused him to become part of the British Intelligence service during World War II). On his return he went back to write for The Times and began to write reviews-mostly musical-for The Spectator, The Bookman, and other periodicals. Crankshaw wrote around 40 books on Austrian and Russian subjects and after the war began his research in much more depth. Crankshaw's book on Nazi terror, Gestapo (1956), was widely read and in 1963 he began to produce the ambitious literary works, often on historical or monumental moments in Russian Political history.