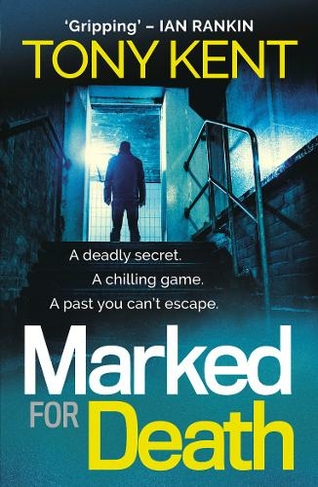 By Tony Kent (Author)
Paperback
https://www.whsmith.co.uk/products/marked-for-death-new-edition/tony-kent/paperback/9781783964499-12-000.html £6.55 rrp £7.99 Save £1.44 (18%)
GBP
Availability
In Stock
Free Delivery Available When You Spend £25 Or More
Details
Spend £25 on eligible products to receive free standard delivery to home or free next working day click and collect to store
Share

`Gripping' - IAN RANKIN; The RICHARD & JUDY BOOK CLUB PICK that sends pulses pounding, Marked for Death will grip fans of David Baldacci and Peter James until the very last page.; A deadly secret. A chilling game. A past you can't escape.; When London's legal establishment is shaken to its foundation by the grisly crucifixion of a retired Lord Chief Justice, Detective Chief Inspector Joelle Levy is tasked with finding his killer. With fifty years of potential enemies to choose from, only the identical murder of former solicitor Adam Blunt offers a ray of hope: what is it that connects these victims who met such a gruesome end?; Assigned to the story from the start, news reporter Sarah Truman sets out to investigate on her own, not suspecting that the trail will lead straight back to her own front door and her fiance Michael Devlin. A criminal barrister determined to prove the innocence of his own client, Michael is at first oblivious to the return of the murderous figure from his past - until tragedy strikes closer to home.; Struggling with his grief and guilt, and now caught up in a madman's terrible quest for revenge, Michael must race to bring the killer to justice - before it's too late.

Tony Kent is a 39-year-old criminal barrister who draws on his legal experience to inspire and bring unusual accuracy to his thrillers. Long ranked as a `leader in his field', Tony has prosecuted and defended the full range of criminal trials. He now specialises in the defence of serious crimes such as murder, kidnap, armed robbery, extortion and high-value fraud. A regular at London's Old Bailey, Tony's case history includes many high-profile, nationally reported trials. Before his legal career Tony represented England as a heavyweight boxer and won a host of national amateur titles.