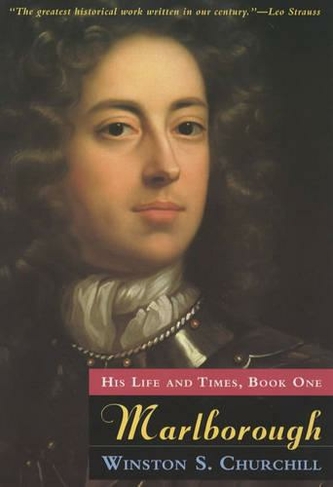 John Churchill, the Duke of Marlborough (1644-1722), was one of the greatest military commanders and statesmen in the history of England. Victorious in the Battles of Blenheim (1704), Ramillies (1706), and countless other campaigns, Marlborough, whose political intrigues were almost as legendary as his military skill, never fought a battle he didn't win. Although he helped James II crush the rebellion of the Duke of Monmouth, Marlborough later supported William of Orange against James II in the Glorious Revolution of 1688 and brilliantly managed England's diplomatic triumphs during the War of the Spanish Succession. Marlborough also bequeathed the world another great British military strategist and diplomat - his descendant, Winston S. Churchill, who wrote this book to redeem Marlborough's reputation from Macaulay's smears. One million words long and ten years in the making, Churchill's Marlborough stands as both a literary and historical masterpiece, giving us unique insights into the Churchill of World War II, for just as Churchill's literary skill helps us understand the complexities of Marlborough's life, so too did his writing of Marlborough help Churchill master the arts of military strategy and diplomacy. This two-volume edition includes the entire text and almost all the original maps. 1 halftone, 79 maps

One of the most famous political figures of the twentieth century, Sir Winston S. Churchill (1874-1965) was also a well-known historian, biographer, and writer. Among his many books are A History of the English-Speaking Peoples (in four volumes), The World Crisis, 1916-1918 (two volumes), and The Second World War (six volumes). He was awarded the Nobel Prize in Literature in 1953.