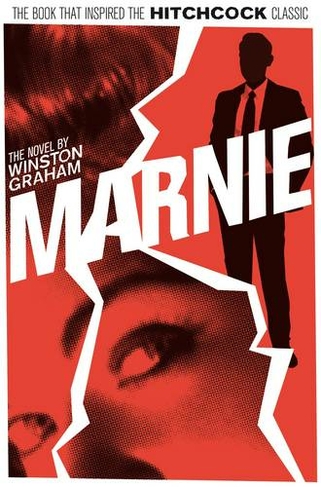 By Winston Graham (Author)
Paperback
https://www.whsmith.co.uk/products/marnie/winston-graham/paperback/9781447243533-12-000.html £7.37 rrp £8.99 Save £1.62 (18%)
GBP
Availability
In Stock
Free Delivery Available When You Spend £25 Or More
Details
Spend £25 On Products To Receive Free Standard Delivery To Your Home Or Free Next Working Day Click And Collect To Store
Share

Inspiring the Hitchcock classic, Marnie is a psychological crime novel by the author of the Poldark series, Winston Graham. Marnie appears to be charming and efficient. A true professional. But inwardly she is unscrupulous, a rebel against society and the law. When she starts working for a small family firm, two of the partners vie for her attentions, and as Mark Rutland, the younger partner, forces his way into Marnie's world he becomes desperate to understand her. Why is she so cynical, so uncaring? Why is she a thief and a liar? Who is the real Marnie? Mark sets a trap . . . but it is not only Marnie who is caught . . .

Winston Graham was the author of more than thirty novels, which include Cordelia, Night Without Stars, The Walking Stick and Stephanie, as well as the highly successful Poldark series. His novels have been translated into seventeen languages and six have been filmed. Two television series have been made of the Poldark novels and shown in twenty-two countries. The Stranger From the Sea has now also been televised. Winston Graham was a fellow of the Royal Society of Literature and in 1983 was awarded the OBE. He died in 2003. First published in 1961, Marnie inspired Alfred Hitchcock's classic 1964 film of the same name, starring Tippi Hedren.