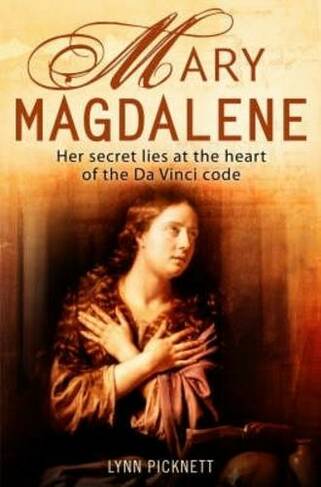 Are the roots of Christianity partly based on spin and propaganda? Acting as a historical detective, the author strips away the layers of deception and propaganda that surround the Christian story in a quest to find the real Mary Magdalene, asking these questions: was she a reformed prostitute who spent the rest of her life in penitence, as the Church has claimed? Was she merely one of the women who followed Jesus, at a respectful distance, and of no real account compared to the male disciples? Was she even a Jewish woman from the shore of lake Galilee? Using both scholastic and heretical sources - and a very heavy dose of common sense - the author discovers that virtually everything that the Church has ever led us to believe about Magdalene is not only wrong, but part of a deliberate conspiracy to cover up some uncomfortable facts. From the scriptures - both biblical and non-canonical, besides other historical traditions such as the secret inner circle of the Knights Templar - a very different Magdalene emerges: not only was she Jesus' sexual companion, but also the "Apostle of the Apostles", and his true successor. And far from being Galilean, she was probably a black woman from Ethiopia, who bore Jesus' mixed race child. Yet the story does not stop there: was Jesus really a Son of God or even the epitome of goodness - or, as the evidence strongly suggests - did he have a dark side that proved fatal to John the Baptist?

Lynn Picknett is author of Mary Magdalene: Christianity's Hidden Goddess and (with Clive Prince) Turin Shroud: How Leonardo da Vinci Fooled History and its sequel, The Templar Revelation.She is also a lecturer and consultant on UFOs and the paranormal (Meridien/Anglia TV, Talk Radio, LBC, the Museum of Photography and the British UFO Research Association). She lives in London.