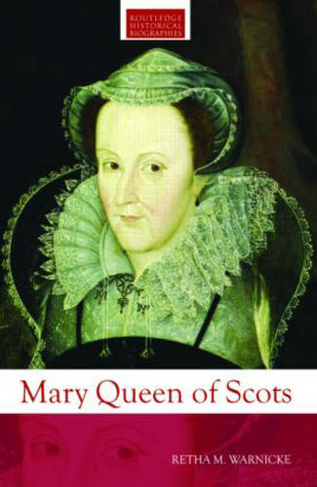 "Scholars now have Warnicke to use as their chief one volume study of Mary" Julian Goodare, University of Edinburgh In this biography of one of the most intriguing figures of early modern European history, Retha Warnicke, widely regarded as a leading historian on Tudor queenship, offers a fresh interpretation of the life of Mary Stuart, popularly known as Mary Queen of Scots. Setting Mary's life within the context of the cultural and intellectual climate of the time and bringing to life the realities of being a female monarch in the sixteenth century, Warnicke also examines Mary's three marriages, her constant ill health and her role in numerous plots and conspiracies. Placing Mary within the context of early modern gender relations, Warnicke reveals the challenges that faced her and the forces that worked to destroy her. This highly readable and fascinating study will pour fresh light on the much-debated life of a central figure of the sixteenth century, providing a new interpretation of Mary Stuart's impact on politics, gender and nationhood in the Tudor era. 4 Line drawings, black and white; 9 Halftones, black and white; 4 Tables, black and white

Retha M. Warnicke is Professor of History at Arizona State University. She has published widely on Tudor and Stuart history, women's history and cultural history and is the author of The Marrying of Anne of Cleves: Royal Protocol in Tudor England (2000) and The Rise and Fall of Anne Boleyn: Family Politics at the Court of Henry VIII (1991).