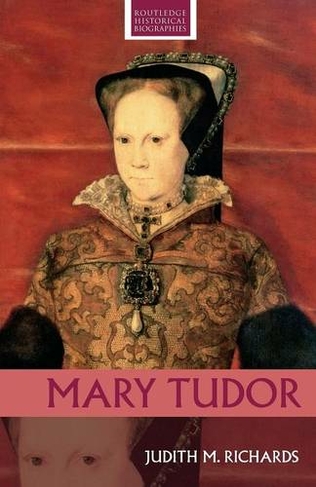 Mary Tudor is often written off as a hopeless, twisted queen who tried desperately to pull England back to the Catholic Church that was so dear to her mother, and sent many to burn at the stake in the process. In this radical re-evaluation of the first 'real' English queen regnant, Judith M. Richards challenges her reputation as 'Bloody Mary' of popular historical infamy, contending that she was closer to the more innovative, humanist side of the Catholic Church. Richards argues persuasively that Mary, neither boring nor basically bloody, was a much more hard-working, 'hands on', and decisive queen than is commonly recognized. Had she not died in her early forties and failed to establish a Catholic succession, the course of history could have been very different, England might have remained Catholic and Mary herself may even have been treated more kindly by history. This illustrated and accessible biography is essential reading for all those with an interest in one of England's most misrepresented monarchs.

Judith M. Richards was previously senior lecturer in History at La Trobe University, and is now a research associate. She has published a number of studies of topics in early modern history, and has more recently focussed on English and British monarchy from 1553- 1642.