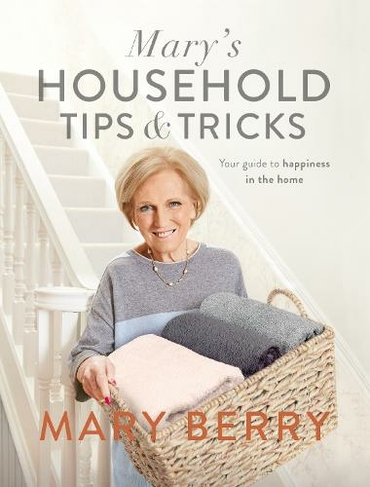 Britain's best-loved cook and national treasure Mary Berry lets readers in on her very own household secrets . . . A comprehensive, beautifully illustrated guide that shares her greatest tips on how to care for your home. 'It's practical AND beautiful . . . an ideal gift ' Graham Norton, BBC Radio 2 'This book is a collection of skills I've learned for running a home. Gleaned from years of practical experience, along with all the hints that friends and family have imparted to me, I hope it will be a helping hand' - Mary Berry Inside you'll find . . . A KITCHEN KNOW-HOW for the heart of your home - Freezer tips - Organize your food - CLEANING & CONFIGURING YOUR HOME - Create cleaning products from store cupboard items - LAUNDRY & WARDROBE WISDOM - Banish moths from your home for good - Remove stains from every kind of fabric - get green fingered with GARDENING & FLOWERS - Bring greenery into your home even without a garden - Create beautiful flower arrangements - And finally master the art of HOSTING & ADDING THE EXTRA TOUCHES for sparkling parties at home. Easy to use, practical and gorgeously illustrated, Mary's Household Tips & Tricks covers everything from Mary's golden rules for baking to her favourite flowers for each season, from how to polish silver to whether tea should be poured before or after milk. With secrets for accomplishing the most challenging home-keeping tasks with ease, Mary's wonderfully simple book will help turn any house into a home. 'The Queen of British baking has whipped up a recipe for home happiness' The Independent 'A domestic goddess' The Daily Telegraph

Mary Berry is the nation's favourite baker and author of over 70 books. She was the much-loved judge on BBC TV Show The Great British Bake Off and has been teaching the nation to cook on TV and in her books for over four decades. Cordon Bleu trained in Paris, Mary began her career as a magazine cookery editor before publishing her first cookery book in 1966. In 2009, Mary was awarded the highly coveted Guild of Food Writers Lifetime Achievement Award and in 2012 she was made a CBE in the Queen's Birthday Honours list.