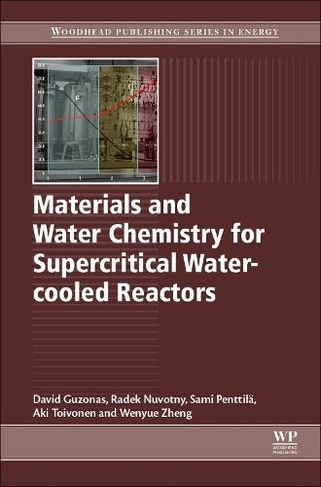 Materials and Water Chemistry for Supercritical Water-cooled Reactors is unique in that it brings together materials and water chemistry, their interrelationship, the historical perspective and their application to SCWR conceptual design. Written by world's leading experts, all active in the area of materials and chemistry R&D in support of GEN IV SCWR, this book presents for the first time a comprehensive reference on these topics, and in particular, how these data relate to the SCWR design itself. This book is an essential text for researchers in the areas of supercritical water-cooled reactor materials and chemistry, working in industry or academia. It will also give newcomers to the field a survey of all of the available literature and a clear understanding of how these studies relate to the design of the SCWR concept. The material presented is at a specialist's level in materials or corrosion science, or in water chemistry of power plants.