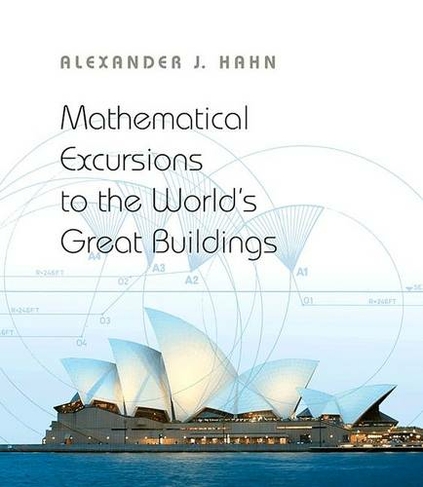 From the pyramids and the Parthenon to the Sydney Opera House and the Bilbao Guggenheim, this book takes readers on an eye-opening tour of the mathematics behind some of the world's most spectacular buildings. Beautifully illustrated, the book explores the milestones in elementary mathematics that enliven the understanding of these buildings and combines this with an in-depth look at their aesthetics, history, and structure. Whether using trigonometry and vectors to explain why Gothic arches are structurally superior to Roman arches, or showing how simple ruler and compass constructions can produce sophisticated architectural details, Alexander Hahn describes the points at which elementary mathematics and architecture intersect. Beginning in prehistoric times, Hahn proceeds to guide readers through the Greek, Roman, Islamic, Romanesque, Gothic, Renaissance, and modern styles. He explores the unique features of the Pantheon, the Hagia Sophia, the Great Mosque of Cordoba, the Duomo in Florence, Palladio's villas, and Saint Peter's Basilica, as well as the U.S. Capitol Building. Hahn celebrates the forms and structures of architecture made possible by mathematical achievements from Greek geometry, the Hindu-Arabic number system, two- and three-dimensional coordinate geometry, and calculus. Along the way, Hahn introduces groundbreaking architects, including Brunelleschi, Alberti, da Vinci, Bramante, Michelangelo, della Porta, Wren, Gaudi, Saarinen, Utzon, and Gehry. Rich in detail, this book takes readers on an expedition around the globe, providing a deeper understanding of the mathematical forces at play in the world's most elegant buildings. 16 color illus. 111 halftones. 233 line illus. 2 tables.

Alexander J. Hahn is professor of mathematics at the University of Notre Dame. His books include Basic Calculus: From Archimedes to Newton to Its Role in Science.