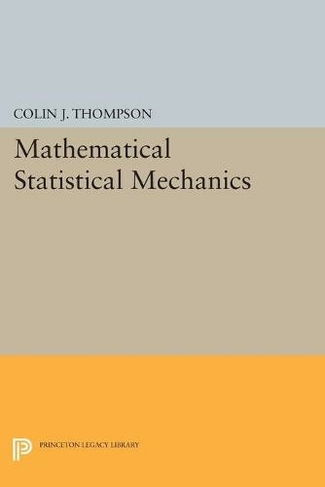 While most introductions to statistical mechanics are either too mathematical or too physical, Colin Thompson's book combines mathematical rigor with familiar physical materials. Following introductory chapters on kinetic theory, thermodynamics, the Gibbs ensembles, and the thermodynamic limit, later chapters discuss the classical theories of phase transitions, the Ising model, algebraic methods and combinatorial methods for solving the two-dimensional model in zero field, and some applications of the Ising model to biology. Originally published in 1979. The Princeton Legacy Library uses the latest print-on-demand technology to again make available previously out-of-print books from the distinguished backlist of Princeton University Press. These editions preserve the original texts of these important books while presenting them in durable paperback and hardcover editions. The goal of the Princeton Legacy Library is to vastly increase access to the rich scholarly heritage found in the thousands of books published by Princeton University Press since its founding in 1905.