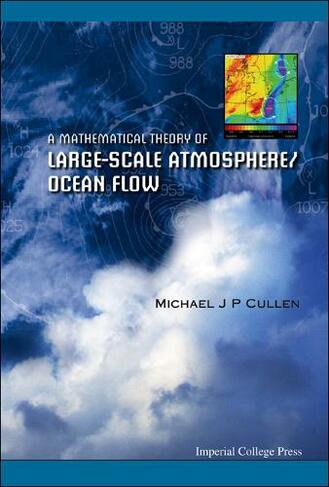 This book counteracts the current fashion for theories of "chaos" and unpredictability by describing a theory that underpins the surprising accuracy of current deterministic weather forecasts, and it suggests that further improvements are possible. The book does this by making a unique link between an exciting new branch of mathematics called "optimal transportation" and existing classical theories of the large-scale atmosphere and ocean circulation. It is then possible to solve a set of simple equations proposed many years ago by Hoskins which are asymptotically valid on large scales, and use them to derive quantitative predictions about many large-scale atmospheric and oceanic phenomena. A particular feature is that the simple equations used have highly predictable solutions, thus suggesting that the limits of deterministic predictability of the weather may not yet have been reached. It is also possible to make rigorous statements about the large-scale behaviour of the atmosphere and ocean by proving results using these simple equations and applying them to the real system allowing for the errors in the approximation. There are a number of other titles in this field, but they do not treat this large-scale regime.