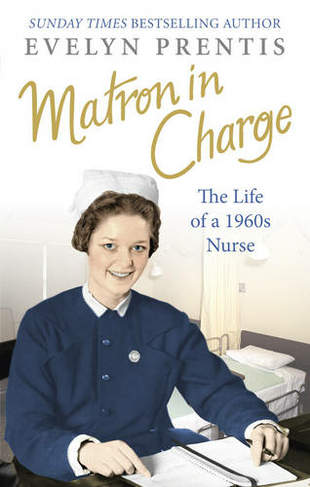 'She should never have kept the business going after her husband died. Running a betting shop is no job for a woman. Especially when she's got bad legs.' After a short stay at hospital herself, Evelyn Prentis wondered what was in store for her when she returned to work. From the door-slamming Miss Cromwell to Mrs Silver's shoplifting and Mrs May coming over all queer, being Matron in charge of the Lodge was rarely straightforward. So when her ladies became unusually united in their grumbling about newest resident Ivy, the woman who'd kept the betting shop on the High Street, Evelyn was ready for all hell to break loose. But instead, with openness and kindness, Ivy won people over and even started bringing them together. Suddenly, being in charge of the Lodge was no trouble at all ...

Brought up in Lincolnshire, Evelyn Prentis left home at eighteen to become a nurse. She later moved to London during the war, where she married and raised her family. Like so many other nurses, she went back to hospital and used any spare time she might have had bringing up her children and running her home. She later became Matron of the Lodge, a residential home for ladies of reduced circumstances. Born in 1915, she sadly died in 2001 at the age of eighty-five. Evelyn's five books about her life as a nurse have are published by Ebury Press with the titles: A Nurse in Time, A Nurse in Action, A Nurse and Mother, Matron at Last and finally Matron in Charge.