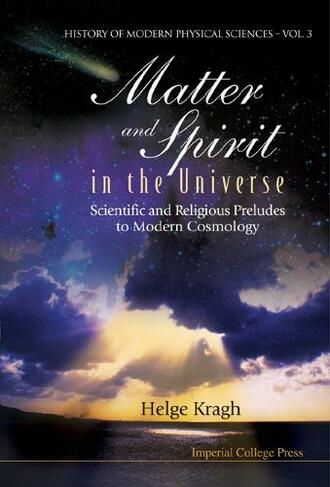 Matter And Spirit In The Universe: Scientific And Religious Preludes To Modern Cosmology 3

Cosmology is an unusual science with an unusual history. This book examines the formative years of modern cosmology from the perspective of its interaction with religious thought. As the first study of its kind, it reveals how closely associated the development of cosmology has been with considerations of a philosophical and religious nature. From nineteenth-century thermodynamics to the pioneering cosmological works of Georges Lemaitre and Arthur E Milne, religion has shaped parts of modern cosmological theory. By taking the religious component seriously, a new and richer history of cosmology emerges.