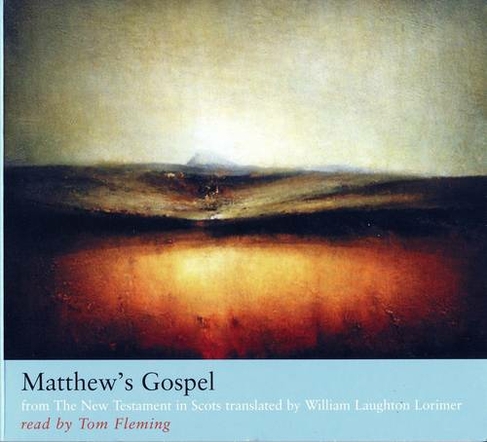 The audio edition of Matthew's Gospel from the widely acclaimed modern literary classic The New Testament in Scots. Tom Fleming's reading brings out the poetry, wit and humanity of William Lorimer's translation in a way which speaks to everyone.

William Laughton Lorimer (1885-1967) immersed himself in the Scots language from childhood; he first began studying Scots when he was only nine years old, learning the rich Angus dialect of his locality. He devoted the last decade of his life to translating the New Testament into Scots. His son Robin transcribed, edited and published the book from his father's handwritten manuscripts.