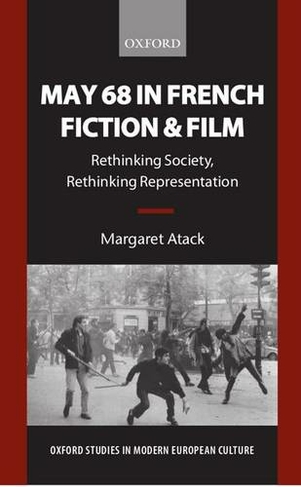 This is the first study of May 68 in fiction and in film. It looks at the ways the events themselves were represented in narrative, evaluates the impact these crucial times had on French cultural and intellectual history, and offers readings of texts which were shaped by it. The chosen texts concentrate upon important features of May and its aftermath: the student rebellion, the workers strikes, the question of the intellectuals, sexuality, feminism, the political thriller, history, and textuality. Attention is paid to the context of the social and cultural history of the Fifth Republic, to Gaullism, and to the cultural politics of gauchisme. The book aims to show the importance of the interplay of real and imaginary in the text(s) of May, and the emphasis placed upon the problematic of writing and interpretation. It argues that re-reading the texts of May forces a reconsideration of the existing accounts of postwar cultural history. The texts of May reflect on social order, on rationality, logic, and modes of representation, and are this highly relevant to contemporary debates on modernity.

Professor of French, University of Leeds